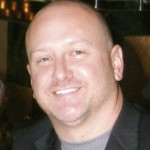 Looking for Affiliate Marketing Success tips? A while back, I posted an article titled: How to Recruit More and Retain Better Customers and Distributors to help our Affiliates better understand the value proposition of TrafficWave.net and how to build a solid income with our system and experience affiliate marketing success..

When you can show a business how to solve their biggest problem (getting more customers) for 60 cents a day, getting customers becomes very easy. Just use the tools and show businesses how to use the tools.

If you haven’t read that article yet, take a few minutes to read it. It’s well worth the few minutes.

In this article, I want to talk about how “sticktuitiveness” contributes to your success. This is really true for any business but we are going to talk specifically about TrafficWave.net’s affiliate plan. There is something to be said for simply sticking with the program. Patience is not only a virtue, it can pay off in big ways. And the cost of quitting can really get you.

If you have seen any of our Top Affiliate Reports, you know we have a lot of Affiliates who are consistently showing up in these reports. They all have a few things in common:

2) They got started referring others.

I wish I could tell you it was more complicated than that. For many folks, Affiliate marketing success is often the result of simply refusing to quit. Of course there is the part about learning to use these powerful tools. Once you learn “how”, the key is to keep moving forward.

But this article is also going to talk about those who didn’t stick with it. There are folks who quit and I want to see if I can help you understand what it cost them when they did.

As an example, let’s look at someone who has shown up in our Top Affiliate Report for quite a few years, now: Chase Swift. Chase is an outstanding example of someone who effectively uses these tools and shows his team how to use these tools for their own business AND to build their TrafficWave.net income as an Affiliate. Chase and I communicate fairly often and his constant mantra is about teaching his team and his prospects the real value of email marketing.

Chase has been with us since 2009. The person that personally referred Chase quit in 2013. Now, I have no hard feelings about this Affiliate. I don’t even remember why they quit. My point is that if they had stuck with the plan, not only would they be earning Regular Monthly Commissions as an Affiliate, but they could also be earning a Leadership Bonus based on Chase’s efforts. Chase has a few of his team members also appearing on the Top Affiliate Report each month.

Another name that is showing up in our Top Affiliate Reports quite a bit is Lloyd Cooper. Lloyd joined us in December, 2013. Today, he’s building an impressive customer and affiliate base using these powerful tools. Lloyd’s sponsor quit in 2015. As Lloyd’s business grows, his Regular Monthly Commissions will grow. His sponsor could have been getting part of that money added to their Leadership Bonus, each month.

Margaret Albright has been with us since 2008. Her sponsor is still with us so that translates to 8 years of consistent commissions based on Margaret’s growth. I bet her sponsor is glad they have stayed with us!

Ben Olszewski is a very hands on business builder who is proactively using the tools and teaching his team to use the tools. His sponsor has been with us since 2013. He has stuck with it. These days, Ben is creating a lot of new sales volume. We can all imagine how glad his sponsor must be that he stuck with it.

And, of course, we can’t talk about Affiliate Marketing Success without mentioning Didi Wargo. Didi has been in the #1 position several times since 2009. I don’t know that I have seen her drop below #2 in quite a few years. Even more impressive is that many of her team members also show up in the Top Affiliate Reports. Imagine if you had been Didi’s sponsor when she joined us back in 2009. How much would your income be impacted by her efforts with her team? Sadly, her original sponsor quit even after Didi had begun experiencing strong success as an Affiliate here at TrafficWave.net.

None of this is designed to make anyone feel bad or to embarrass anyone. My point is that each of these Top Affiliates has a common thread of not just “joining” but of actually building their team of Affiliates and Customers AND … (this is a big part of their success) … they stuck with it long enough to get results.

We all experience challenging times when we might want to give up. My goal in sharing these stories is to help you see not only the potential loss of giving up too early but also the tremendous benefit of sticking with the program.

Make a point of demonstrating the powerful value in email marketing autoresponders. USE the tools and teach your team to do the same. You never know when your next referral may become our next Top Affiliate and you will be glad you stayed with the system!

Remember core principles of Affiliate Marketing Success with TrafficWave.net come down to:

1) Using the tools to build your lists.

2) Teaching your referrals to do the same.

Success will come as a result of following these two principles faithfully and sticking with the system.